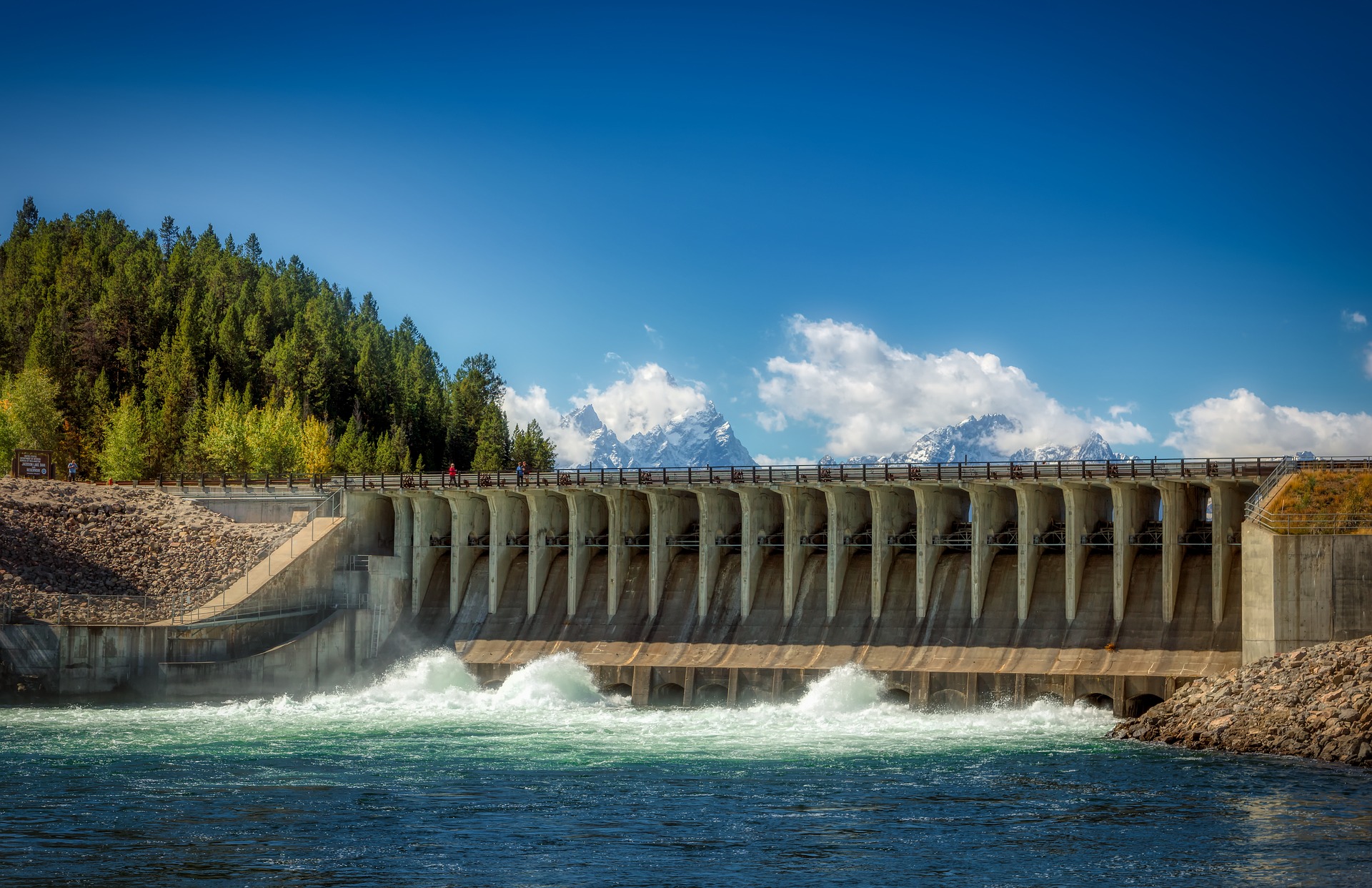 Jackson Lake is in Grand Teton National Park in northwestern Wyoming. This natural lake was enlarged by the construction of the Jackson Lake Dam, which was originally built in 1911, enlarged in 1916 and rebuilt by 1989. As part of the Minidoka Project the top 33 ft (10 m) of the lake is used by farmers in Idaho for irrigation purposes under water rights legislation that was enacted prior to the establishment of Grand Teton National Park. The lake is the remnant of large glacial gouging from the neighboring Teton Range to the west and the Yellowstone Plateau to the north. The lake is primarily fed by the Snake River, which flows in from the north, and empties at Jackson Lake Dam. Jackson Lake is one of the largest high altitude lakes in the United States. 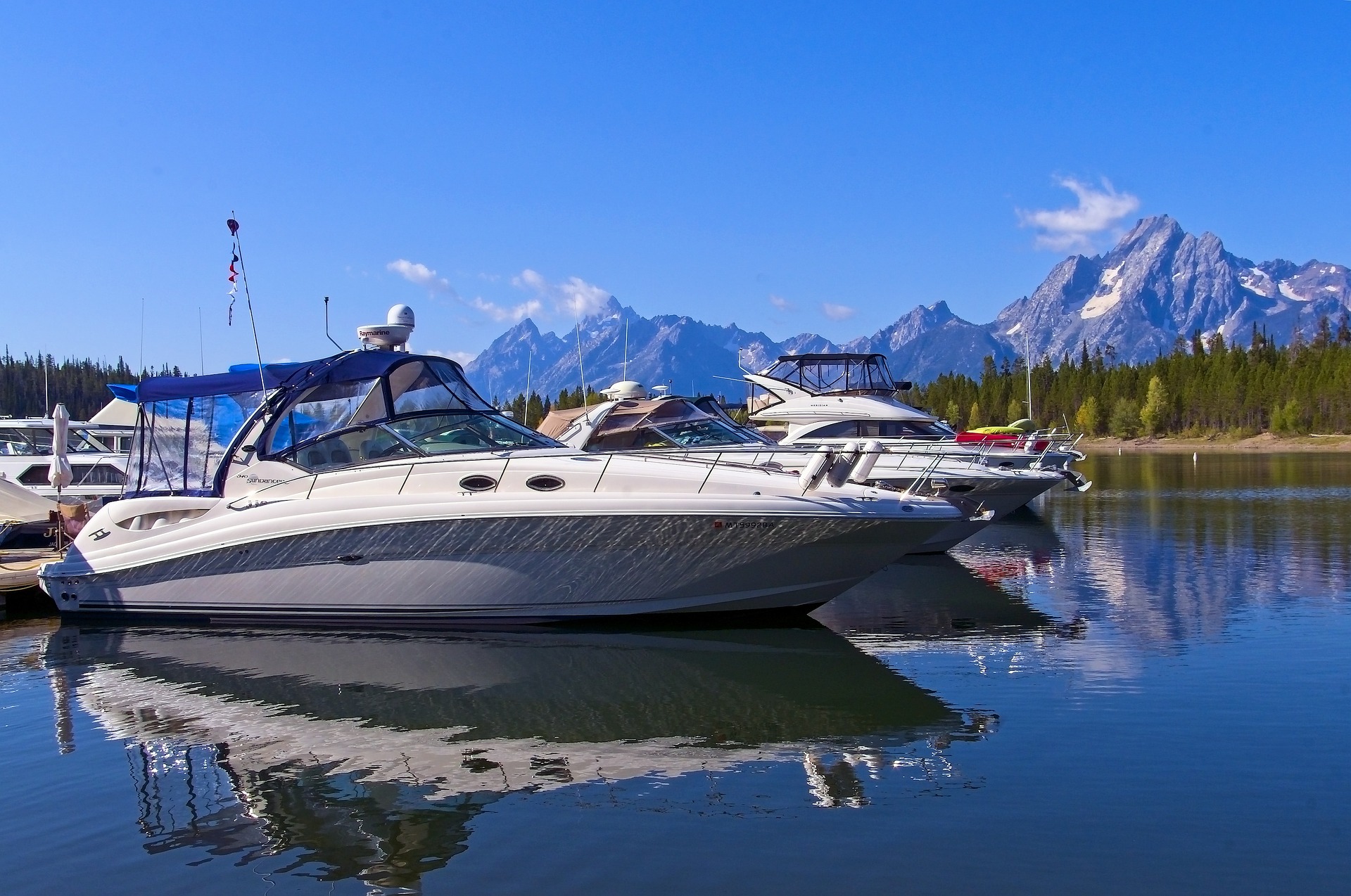 There are over 15 islands in the lake, including the largest, Elk Island, and Donoho Point. 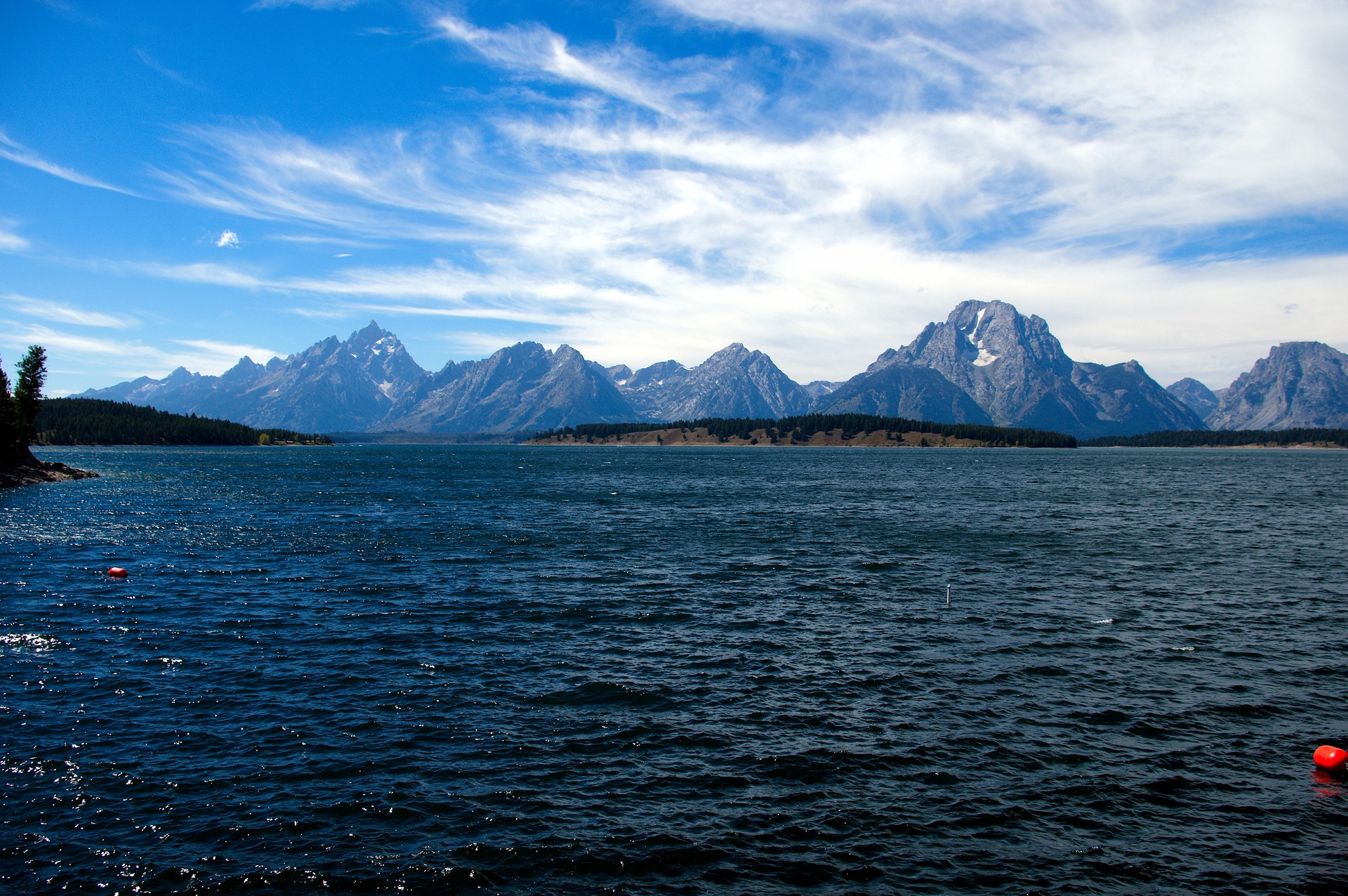